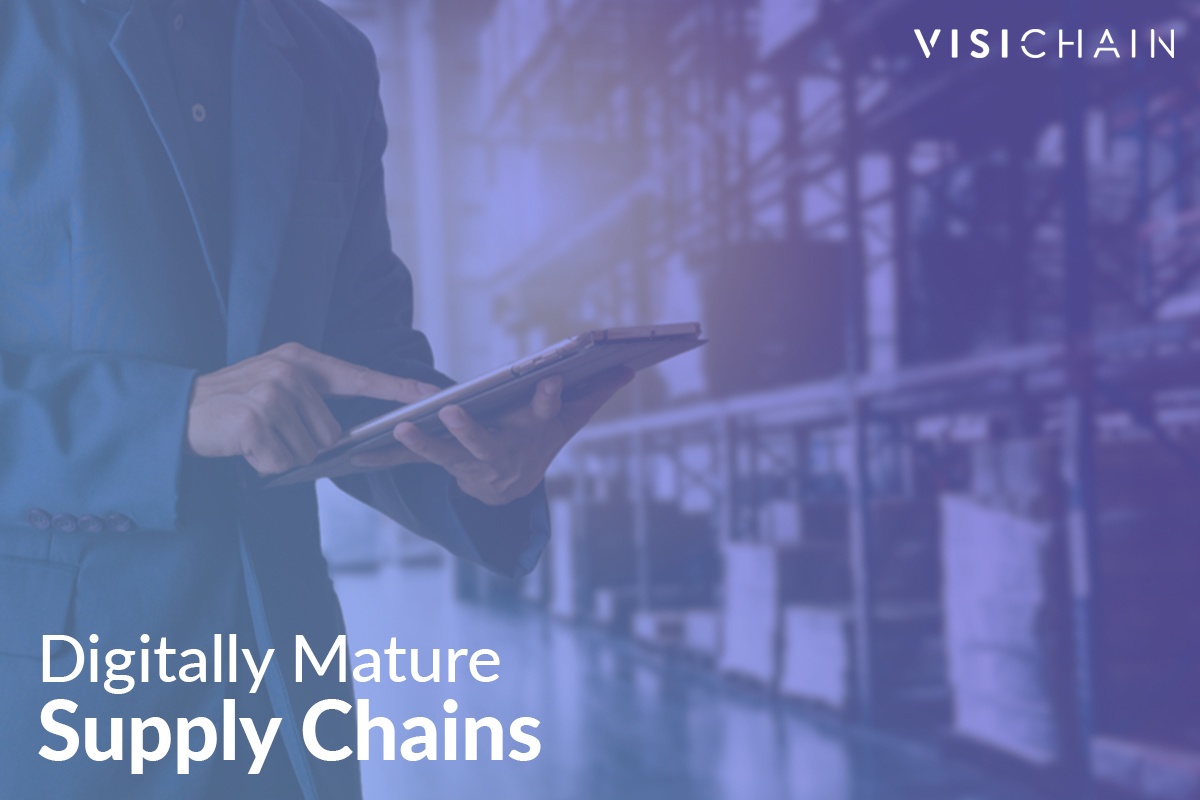 There has been a shift in the way researchers, scholars, and business leaders speak about the intersection of technology and business.

In 2004, the year Facebook was founded, a Harvard Business Review1​ article argued that the competitive advantage in supply chains were the Triple-A’s: agility, alignment, and adaptation.

Two of the A’s – agility and adaptation – could only be harnessed by embracing IT modernization. In this view, digitalization was itself ‘transformational.’

In context to 2004, this meant providing every employee with an internet-connected PC, opening a public-facing website for the company alongside a private intranet to share files, and invest in an enterprise software platform.

​Reaching digital maturity isn't a silver bullet - it's achieving a higher level of situational awareness and seeing more clearly what the barriers, risks, and market trends are.

​The future was moving beyond automation and computing and towards a complete fusion of the digital and physical.

Digital ‘transformation’ is to them something akin to keeping up with the background rate of technological change happening across society.  Only the most fossilized companies haven’t witnessed technology gradually replace jobs, transform workflows, increase efficiency, and redefine everything from how business proposals are pitched (PowerPoint) and day-to-day communications (VoIP).

​They have witnessed other businesses rush to embrace an expensive new technology and fail for a variety of reasons. They wisely note digitalization itself is a risky endeavor that frequently costs more money than it saves or generates. In recognition of these facts, the workplace digitalization paradigm has now shifted to Digital Transformation Strategy (DTS).

​The Components of DX Strategy

​Strategic Maturity as a Mindset

​To help business leaders think of DTS as a continuing process, many recent studies are highlighting differences in digital ‘maturity.’ Some firms and their ways of thinking are more mature than others.

One of their findings can be used as a gauge to understand what stage of development your firm is at right now: asking where information security (InfoSec) ranks amongst your digital challenges:

​To understand why the ranking of InfoSec is such a useful proxy measure for digital maturity, consider an analogy from the airline industry: airlines with the best safety records are more concerned about safety than airlines that expose passengers to higher risks.

The safest airlines became safe by understanding the necessity of investing in maintenance, pilot training, and developing an organizational culture around safety.

They do so despite these investments paying invisible or unknowable dividends. Their corporate cultures are mature enough that no one needs to explain what might have happened otherwise - doing ‘otherwise’ was simply never a choice. 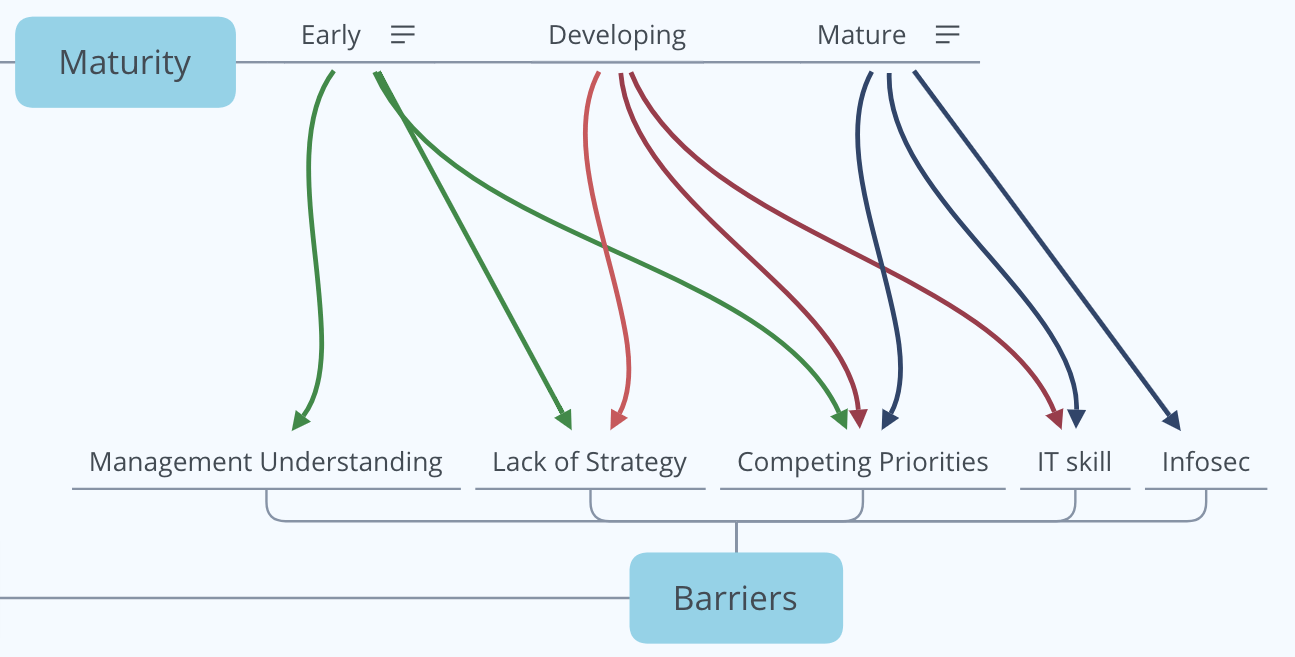 Digitally mature firms rank InfoSec high on their list of challenges because they possess the situational awareness to know the changing nature of the threats and their vectors of exposure.

Their executives know that a single careless lapse can lead to confidential customer information, like credit card numbers, getting into the wrong hands.

Since 2016, they know that skipping or delaying software updates has become a vector for RansomWare attacks that can lock entire offices4, hospitals5, and even city governments6 out of their computers and accounts.

​​     A digitally mature executive knows what EternalBlue is and that it represents a new trend. Awareness of this trend informs their digital transformation strategies on IT hires and employee training.

They understand that software updates often introduce new bugs and can break linkages and compatibility of a system that’s working ‘just fine’ as-is, keeping software out-of-date is no longer a viable option.

All of this speaks to a mindset or a general way of thinking about the role of technology in a workplace more than it does about using the ‘right’ or most advanced technologies available.

​Technology for Profit, Not Technology 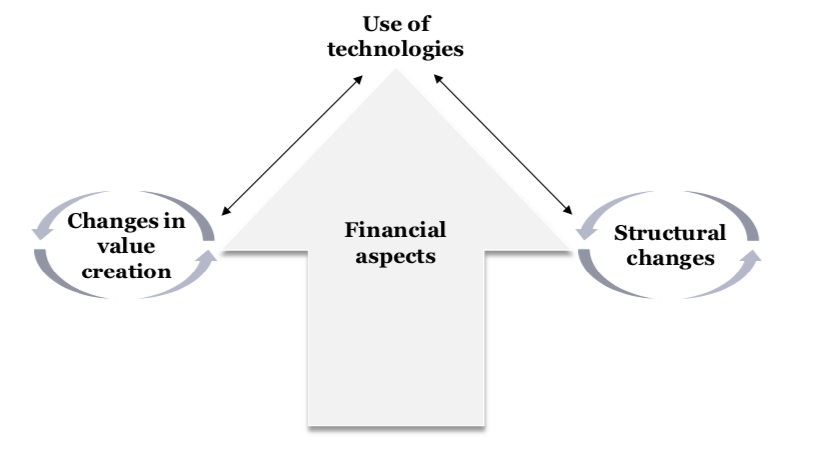 The essence of what the authors capture is that financial aspects drive decisions about how and which technologies to use at digitally mature firms.

These financial aspects include the costs of deploying new technologies, training workers, investing in hiring the right IT talent, and risks of investing in promising but immature IT platforms.

It also captures the opportunity costs of falling behind the competition, failing to meet changing client and customer needs, and not being sufficiently agile in adapting to emerging market trends.

​How and which technologies are used during digital transformation form a feedback loop with two critical variables: changes in value creation and structural changes.

The changes in value created are measured by “how far the new digital activities deviate from the classical – often still analog – core business.”

Some of these changes are cost-saving measures, others find new sources of revenue, while other changes will have a financial imperative even if the changes appear to cost more than they return.

​     Firms that are furthest behind in digital transformation maturity generally fail to understand that their technological challenges are primarily managerial challenges.

That corporate culture is to blame for their immaturity is a difficult thing to see from inside such a work culture.

Their hiring and promotion decisions serve to reproduce the same outlooks, skill sets, and ways of doing business that has worked ‘well enough’ in the past.

Firms with digitally mature supply chains understand that DX corporate strategy must look at both the operational and functional side of their organization.

The operational side connects to changes in value creation: products, markets, and workflow process.

Transforming the operational side of the firm’s core business model demands parallel changes in the functional side by way of changing budgeting, HR, and IT priorities. 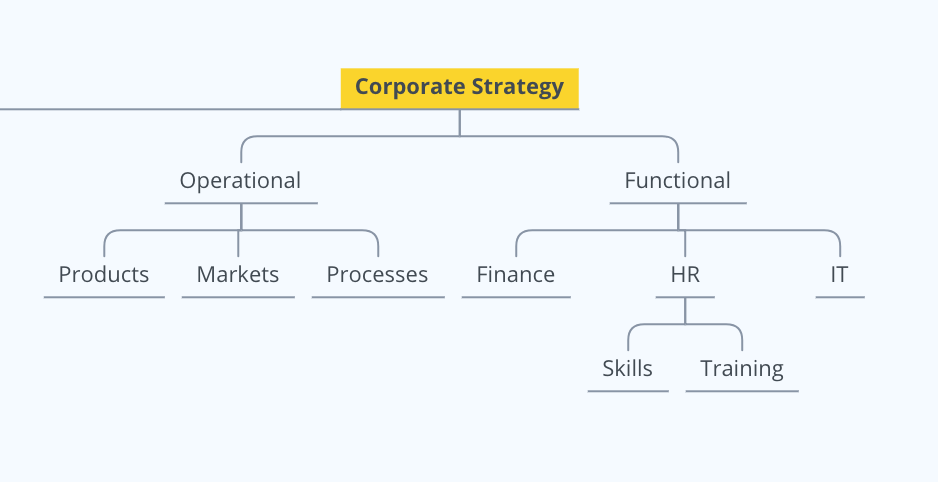 ​Experience tells executives at behind in DX development that it is best to wait for technologies to mature, costs to come down, value-adding usefulness is proven, and employees can adjust to changes with minimal need for training.

The digitally mature counterpart would agree that digitalization without a clear vision and business strategy is not DX. Digitally mature executives are more willing to take risks despite an even better understanding of how steep the challenges are.

​McKinsey study on DX strategies goes at length to note that the financial challenges of DX are particularly challenging to overcome.

In particular, their study of more than two thousand firms showed that "returns [were] distributed unequally: some players in every industry are earning outsized returns, while many others in the same industries are experiencing returns below the cost of capital."

More worrying was that the median firm in their sample spent more money on IT than they were recovering in savings or profit.

The explanation for this finding was that a handful of least digitally mature firms were dragged the average down because they had found themselves trying to catch up digitally mature competitors, making considerable investments either too late to show returns yet or without a clear strategy.

​The Deloitte study found that firms, at every level of digital maturity, struggled with finding the IT skills and experience to meet their needs.

Prioritizing 'needs' is also a challenge for nearly every firm, as they all felt overwhelmed with too many priorities.

The most digitally mature firms feel overwhelmed and struggle to meet the obstacles, whereas immature firms have yet to comprehend how far behind they've gotten.

Reaching digital mature isn't a silver bullet - it's achieving a higher level of situational awareness and seeing more clearly what the barriers, risks, and market trends are.

​A digitally mature executive can already see the competitive threat to their firm's survival just over the horizon.

They remember when Amazon only sold books from an online storefront. As Amazon grew, they used their Digital First business philosophy and tools to meet their ever-growing needs.

They built so much bandwidth and server capacity to handle Amazon traffic that they introduced Amazon Web Services (AWS) as a new product line in 2006. AWS has a 34% market share today.

Amazon's in-house logistics network is now so developed that they are considering selling access to their fleet of trucks, carriers, and cargo jets like they did their spare servers.

​The supply chain that exists today is ripe for 'disruption.' Amazon, Alibaba, or a company that has yet to be founded might fill the role of disrupter.

DX strategy is about making sure your firm is already prepared for when that day comes. Digital maturity is knowing that digital transformation is a continual process of experimentation and adaptation. That there may be more failures than successes along the way is no deterrent for them because none of their organization learned and changed in the process.

​DX centric organizaitons will have seen the disruption coming, and what form it would take, and already prepared while their competitors stumble. Because they knew there was no other choice. 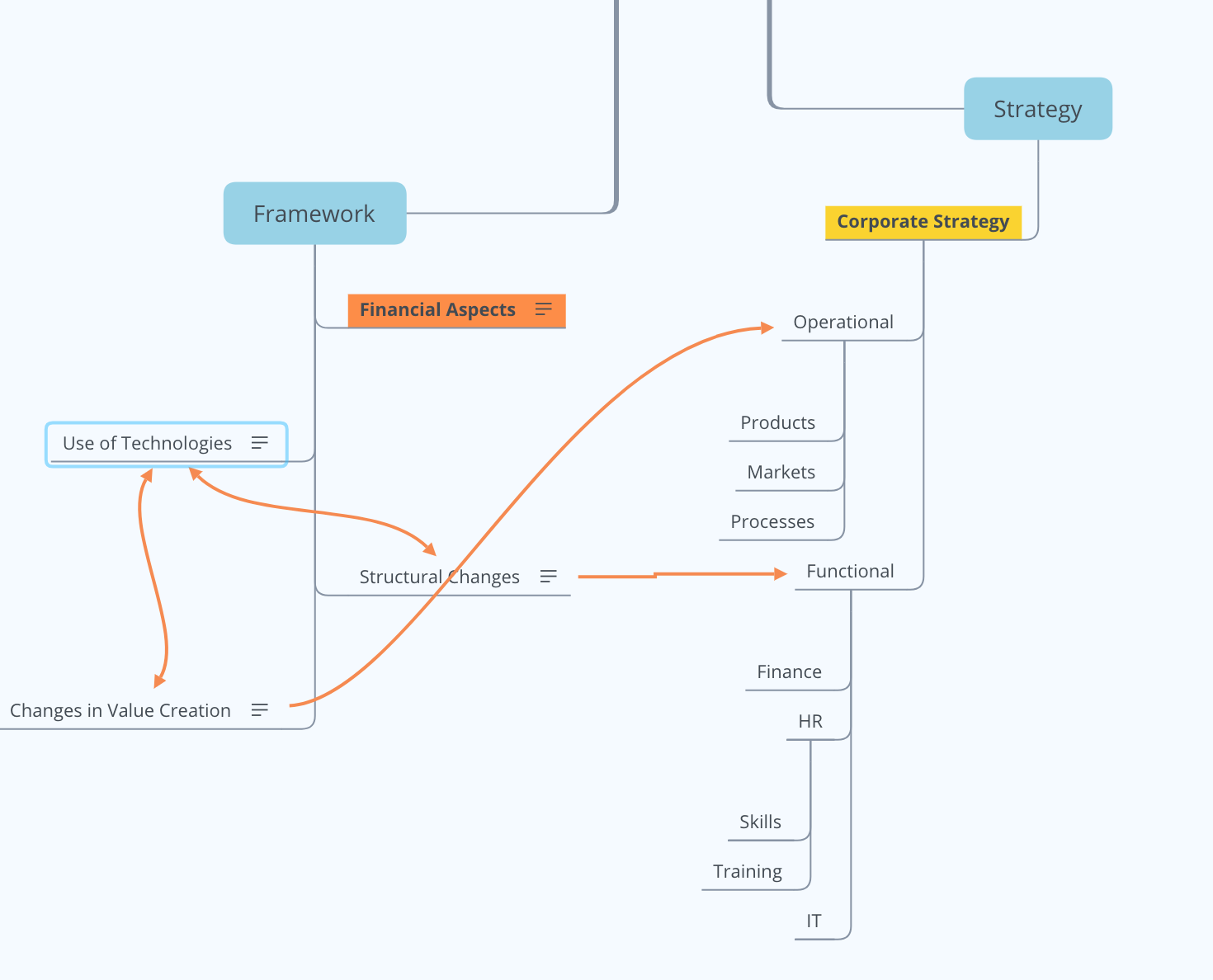 Do you need to create value and deliver change in your enterprise? With Visichain as your partner, you can leverage over 1 million hours of supply chain transformation experience from some of the largest companies in the world. Visichain drives visibility, productivity, and efficiency throughout your entire supply chain. Supply chain visibility at scale is essential to your business. Starting with the production of products all the way through free on board receiving, your business needs real-time data to help you minimize risk, drive efficiency, and make better decisions. Visichain designs, develops, and implements powerful yet easy to use software. Powerful solutions crafted to help your executives and supply chain managers leverage multiple data systems to partner with sourcing suppliers in real time. When you're ready to kick your procurement transformation strategy into high gear, send me a message through LinkedIn.